The Mystery of that “W” on your Oil Bottle: Solved! 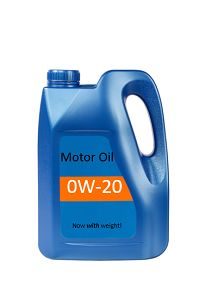 Do you know what that “W” on the oil bottle really stands for?

Practically everyone has worked with oil on their cars in one way or another. As one of the most common forms of vehicle maintenance, getting an oil change is commonplace. And you won’t find a better value than choosing Federal Way Automotive & Radiator for this and other repairs and maintenance such as your last emissions test. One essential part of this process is knowing what oil viscosity the car needs. For the majority of cars, this will be 5W-30 or 5W-20 oil. Put in the oil the manufacturer recommends, and it’s good to go. And that’s good enough for most people. But what exactly do these values mean? And what about that “W”? Ask 9 out of 10 mechanics, and they’ll say that it stands for weight.

If “W” isn’t for weight, then what does it mean?

It turns out that the W doesn’t stand for weight, but according to oil manufacturer Valvoline, it stands for Winter. But what exactly does that mean? Oil viscosity refers to a liquid’s resistance to flowing, with a higher number being more resistant. A lower number means that the liquid flows faster, such as cake batter moving more slowly than soda. In cold weather, a lower viscosity is effective, while higher temperatures need a higher viscosity to coat the engine better. This is where the range comes from. The number attached to the W refers to the lower viscosity in Winter, while the higher number is operating temperature.

How can something have a viscosity of zero?

According to Pennzoil, oil viscosity is a calculation of movement of il in mm at a certain temperature. In multigrade oils, the smaller number is the viscosity at 40°C, and the larger number is the viscosity in at 100°C measured in mm²/s, also known as a Centi-Stoke or cSt. This unit is a measurement if the internal friction of a moving fluid, with a higher number being more resistant. However, a number of 0 does not mean  0 mm²/s. Instead,the Society of Automotive Engineers (SAE) created the system and have a table denoting the values. The number with the “W” needs a lower cSt as it’s dealing with colder temperatures while the other number refers to standard operating temperature where thicker oils can be beneficial. 20W-50 oil, for instance, has a maximum of 9.3 cSt at 40°C and must be between 12.5 and 16.3 cST at 100°C. This thickness is an optimum range for some vehicles, while other ones have a different optimum range. 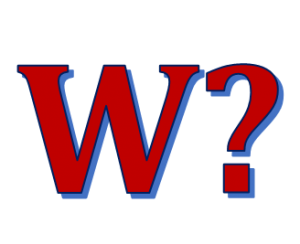 So does that mean my mechanic got it wrong?

The interesting part about all of this is that thicker oil has a higher viscosity number. This means that while many mechanics are wrong about the details by recommending different “weights” of oil, viscosity relates to thickness, and a thicker fluid of the same composition does, in fact, weigh more. So while the “W” stands for Winter and not weight, when one changes, so does the other.

So in a strange way, they were right all along.