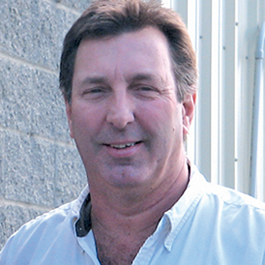 Ron Buckholz began his drag racing career as crew chief for Gary Ermish in 1996. After experiencing Ermish’s newly discovered “hot rod” Chevelle at Wednesday night practices, Ron purchased the car and began his racing career the same year. With Gary Ermish now working as his crew chief, and Federal Way Automotive & Radiator as the sole sponsor at the time, Ron raced as an NHRA driver.

Ron took some time off to open his own auto and radiator repair facility, and is now back on the racing circuit, traveling to NHRA Division 6 and 7 races with a new General Manager and crew chief, Kenny Dall. Every race and every track, beginning with the Firebird International Raceway in Phoenix, Arizona, gives Ron the opportunity to visit old friends, meet new ones, and race against some of the best drivers that NHRA drag racing has to offer.

With a stock frame and 12-bolt rear end, 4:56 gears and Strange Engineering spool and axles, the Chevy Malibu SS is Ron’s car of choice. The 468 big-block Chevy, crafted by DG Machine, provides the power, and the rear slicks are 10×29″ from Hoosier. 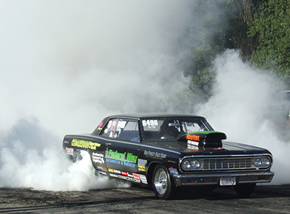 The crankshaft includes Manley rods connected to a Steel Chevy. Manley pistons and Akerly and Childs piston rings, plus Clevite bearings throughout, and studs and fasteners from ARP, ensure durability and power. A Hayden fan and Dedenbear electric lightweight aluminum water pump keep the engine cool, and the Holley 1050-cfm carburetor sends the perfect fuel/air mixture for every race.

A 7-gallon fuel cell in the trunk plus a two-speed Powerglide transmission give the car just enough torque, with meticulous wiring for an electrical system that always works. On the outside, a steel and fiberglass body protects the driver, with detailed paint and bodywork by Erin Strong of Federal Way and graphics by Signarama.