Does getting the right oil viscosity really matter? 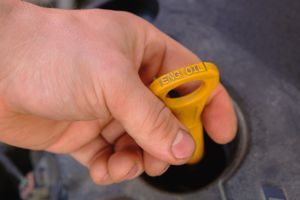 When it’s time for an oil change, you’ll likely be asked a crucial question; what kind of oil do you need? This often refers to one of two things: synthetic or regular oil composition (and sometimes high mileage) or the viscosity rating. While the choice for oil composition is usually straightforward–synthetic oil functions better and needs fewer oil changes but comes at a higher price–the viscosity isn’t as straightforward. Do you need 5w-30 for your car? Or is it better to use 0w-20? The best option is to look in your owner’s manual if you have it available. But if not, a quality auto repair shop will be more than happy to find that information for you. But if you’ve ever wondered what exactly these numbers stand for, they aren’t arbitrary, and guessing on which ones to use can greatly reduce your engine life, so it’s important to get it right.

What do the numbers refer to?

The numbers refer to the oil viscosity. Viscosity is a measurement of the resistance to the flow of a liquid. This means that higher numbers would be more resistant. The viscosity of honey is substantially more than that of water not because it is thicker, but because it is harder to move. Different engines are designed for different flow rates, and the numbers on the motor oil bottle are a range of viscosity for the optimum flow rate for the specified engine type. As for the W, it’s been such a misunderstood topic that it takes a dedicated page to delve into!

How does viscosity affect the engine?

Oil lubricates the moving metal parts of engines so that they don’t get damaged by rubbing together. And in order for the oil to do its job, it has to get through the engine with ease while still providing this crucial protection. This is why it used to be widely circulated that thicker oil was better because it stopped the moving parts from touching, although that has been proven to be a myth and thicker oil isn’t necessarily better. It turns out, following the manufacturer’s recommendations is best.

Why is there a range of viscosities? 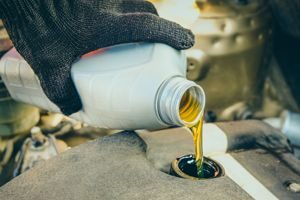 Originally, oil came in a single viscosity, something like SAE 30. While this worked adequately, for the most part, NAPA claims that multi-grade oils were developed to function at levels below freezing, especially when the car has been idle for long periods of time. In the cold, cars would have trouble starting up as the oil was too thick to flow.

Multi-grade oils were made to eliminate this problem. Instead of being one viscosity at all times, these oils change thickness with regards to temperature. A multi-grade oil is better for cars because it can work in a wider range of temperatures and is much more versatile. This means that if you live in an environment with radical weather changes, you don’t have to change your oil for each season, which can save you both time and money!