Having Trouble With Emissions? You Won’t Be For Long!

Come to us for one of your last ever emissions test!

While we’d like to say that if you come to us now it will be the last time you need to worry about emissions because we’re just that good, that’s only partially true. We’ll certainly help you make the required emissions repairs so you can pass the test, but you won’t have to worry about that for long. Once the year 2020 rolls around, hindsight will be at maximum and required emissions testing will end. That’s right; December 31, 2019 is the last day emissions are required for the entire state. No longer will you have to stress every other year and hope that your early 90s Jeep will manage to pull through again. If you’re close to failing, an auto repair shop like Federal Way Automotive & Radiator can help with emissions repairs, and you can get an oil change with the right oil viscosity while you’re at it. But why were emissions created in the first place, and how can you be sure you’ll pass them one last time?

Emissions were created to cut pollution 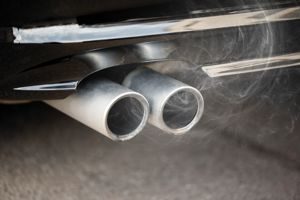 It’s important that we have clean air. It helps us breathe better and stay healthy, improves visibility and aesthetics, and keeps wildlife coming instead of staying away. This was the reason that vehicle emission testing became a requirement in Washington state in 1981, and became more stringent due to the federal Clean Air Act of 1990. The goal was to reduce emissions so that the air quality wouldn’t become dangerous, particularly in populated areas. And to its credit, it succeeded in doing that. The law passed, but not without a caveat; it wouldn’t be in effect forever. That day will come statewide on January 1, 2020.

How many cars actually fail emissions? It’s estimated that slightly fewer than 1 in 5 cars fail emissions testing each year. Statistically, this means that in a family of five drivers, one of you won’t pass! Don’t let that be you and come in for a checkup if you have a vehicle that’s required to be tested, which includes all vehicles manufactured between 1993 and 2009 that reside in urban areas.

Some emissions stations have already closed

As the emissions stations are being phased out, some of the less popular ones have already started closing down. Because of this, make sure you plan ahead of time, so you don’t get stuck at a closed station!

What happens if you fail emissions? 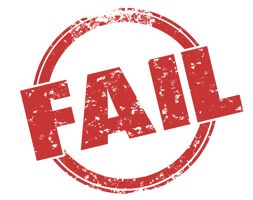 If you have a vehicle that fails emissions, this can be due to a number of issues. Some of them clearly won’t pass, such as loud trucks with smelly black smoke coming out the exhaust. But if you expected it to pass (or it had in the past) and it suddenly fails, this usually means there is a bigger issue. But it can be as simple as check engine light! To find out for sure, take your car to an authorized emissions specialist. These specialists see if they can fix it with a simple repair, and put no more than $150 into fixing the problem. If they put at least $150 in and it still fails, you can get a waiver and don’t have to try again, so at least it’s not an endless cycle!