When to Replace a Car’s Radiator

How to Find the Right Auto Shop for Tune Ups 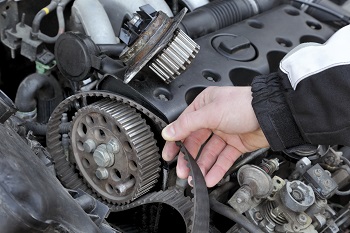 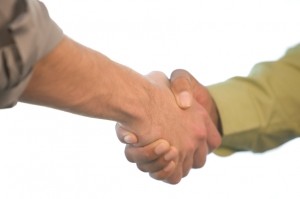 Many drivers today are aware that there is a timing belt somewhere in the engine. Without that belt, the internal combustion engine would be useless and the camshafts would sit idle. However, what some drivers don’t know is that some vehicles operate better with a timing chain. The way the two work is pretty much the same, but the pros and cons of the two vary depending upon the type of vehicle. Before you bring your car or truck in to get an auto repair on Federal Way, become familiar with your options. Below is some information about the difference between timing belts or timing chains.

How Timing Belts and Chains Operate

In a four-stroke engine, there are four processes at work: the intake, compression, power, and then exhaust stroke. During one cycle through these four strokes, the crankshaft rotates fully twice and the camshafts make one complete spin. The timing belts or chains control the relationship between the crankshaft and the camshafts. That relationship is vital when it comes to an efficiently working engine.

Whether you have a belt or a chain, it should be hidden from sight beneath a timing cover. This cover is to protect the mechanism from debris and dirt. Anything related to mechanical timing must be installed with precision and care or the internal engine can be severely damaged.

The rubber timing belt was first introduced to the automotive world in the mid-1960s. They often have fiberglass or Kevlar components for strength and durability. Belts run quietly and smoothly, enhancing the ride. Most mechanics and auto manufacturers recommend that the rubber belt be changed sometime between 60,000 miles and 100,000.

Chains, on the other hand, are made from metal and look a lot like bicycle chains. Because they are metal rather than rubber, the timing chains don’t run as quietly as timing belts. However, a timing chain may last for the life of the automobile and never have to be changed.

Should You Choose Timing Belts or Timing Chains?

The answer really depends upon the type of vehicle you drive. If you aren’t sure, ask your auto repair shop in Federal Way the next time you have your car in. And don’t forget to also visit before you go in for emissions testing. Or, especially if you have failed emissions in Federal Way, get a full diagnosis and repair. Ask about your timing belt or timing chain while you’re at it.