Signs Your Car May Have Electrical Issues

10 Things You Should Know About Your Car’s Battery

Every once in awhile, car collectors come across a clunker that needs some work done. One of the first steps that owners complete after purchasing a new vehicle is taking it into a professional auto repair shop for evaluation. Whether these cars are bought at auction or from the owner, sometimes they come with shocking content. Here is a list of some of the strangest things mechanics have found in vehicles at dealerships and auto shops.

Weird Finds in Cars During Service 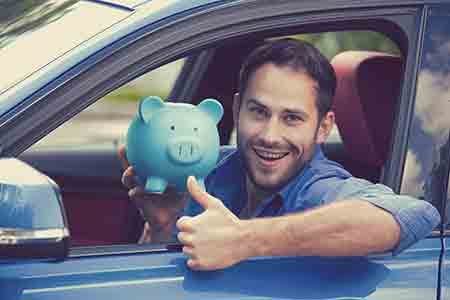 Hopefully any money found in a new (to you) vehicle isn’t counterfeit and can be used for professional auto repair instead!

A mechanic working at a dealership went to work on a car bought at auction. Shortly after the car arrived, the FBI contacted the dealership. The FBI traced the car for quite some time before locating it at the dealership. When the FBI agents arrived, they took the dome light cover off and revealed multiple hundred dollar bills. Upon further investigation, the agents revealed that counterfeit money lined the entire vehicle. That certainly doesn’t happen every day.

A mechanic in Los Angeles installed a backup sensor on a customer’s vehicle. The vehicle was unused for the better part of a year and sat in the driveway. The mechanic traveled to the house to install the backup camera for the customer since he was an older man. However, once the mechanic removed the bumper, he heard a rattling noise. Upon further inspection, the mechanic realized the noise was due to an abundance of acorns stashed in the vehicle, including in the glove compartment. Since the car was unused for so long, a squirrel used it for his hiding spot!

An owner of an auto repair shop in Boulder, Colorado, once had a client come in for repairs on a Datsun. This event was in the 1980s, and the owner of the repair shop said, “When we opened the hood, we discovered a strange aluminum foil configuration wrapped around the exhaust manifold.” The mechanic called the client to ask what the deal was, and the customer said it was how he cooked his food. The mechanic was curious, and he asked for a brisket recipe. He tried it, and he said, “It turned out to be really good! He clearly knew what he was talking about, as odd of a specialty as that is.” However, don’t try this at home. Modern vehicles have more complicated access to the exhaust manifolds, and cooking on the engine probably won’t work.

Once, a frantic father brought a vehicle into an auto repair shop and asked the mechanics on duty how much it would cost to find a snake in the car. The customer’s son lost his new pet snake on the drive home from the pet store. After two days of searching the vehicle, a technician located the snake coiled up inside a floor ventilation duct after removing the entire interior of the car. Unfortunately, the snake did not survive its vehicle adventure.

A mechanical engineer in Tennessee bought himself a 1977 Chevy Monza Spyder. The engineer took his new ride out for a drive, and he was happy with how the engine was running. He braked hard at a stop and felt something touch his left heel. Once he stopped the car, he inspected further and noticed that a piece of wood lodged itself under the clutch pedal. He pulled it out and saw that the piece of wood was attached to a “.25 caliber Raven Saturday Night Special, fully loaded, but the magazine was rusted shut.” The engineer promptly took the gun to the local police department and left it for them to dispose of properly.

A BMW mechanic in Hawaii had quite an explosive discovery once. A customer brought in a vehicle that wouldn’t start, and the standard checks didn’t resolve the problem. He and a few other of his colleagues pushed the car into the shop to get started on deciphering the issue. The starter had extra wires connected to it, and when he traced the wires, he found a detonator and three sticks of dynamite in the vehicle. Luckily, no one suffered any injuries. The bomb squad was called to the shop and evacuated the area. The FBI confiscated the vehicle, but the mechanic never found out what the deal was with the dynamite in the car.

One person found a recipe for taco soup in the first truck they ever bought. Out of curiosity, they tried the recipe and loved it! They still use the recipe to this day, though the vehicle didn’t quite survive the years. At least something good came out of that purchase!

A mechanic in Los Angeles installed a backup video camera in a luxury vehicle and discovered a diamond ring underneath the carpet in the car. When the customer came to pick up his vehicle, the mechanic told him what he’d found, and he immediately started laughing. Apparently, the customer’s wife lost the ring two weeks before. However, she was so nervous to tell him that she looked for it for nearly two weeks before telling him just the day before it was found! The customer left happy, for sure.